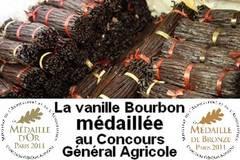 Sainte-Suzanne, during the 2011 Paris general agricultural contest, for the quality of its vanilla an excellece product !

Prize list of reunion island products at  the contest Gag.pdf

Aimé leichnig, a vanilla producer in Saint-Phillippe, gets a wealth of honour for the quality, the respect of the environmentas well as his educational action and social implication in the bosom of his town, which also rewarded

him awarding him the town medal. Priezwinner in may 2008 of the golden 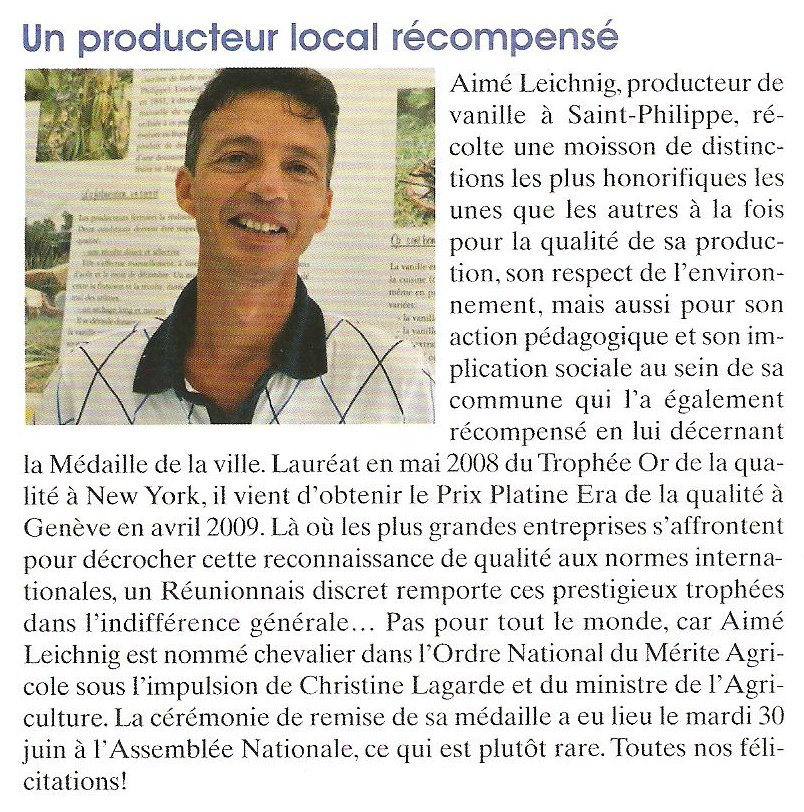 trophy of quality in New york, he has just gotten the platine era of quality in Geneva in april 2009. Where the biggest compagnies comp